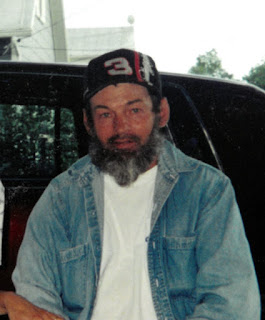 He was born in Richmond, Indiana, on November 21, 1951, to the late Jesse Richard and Jane (Campanale) Miller.

Jim was known by his friends as "Squirrel". Jim was a 1971 graduate of Westmont High School in Hollansburg. During high school and in his younger years, Jim could be found playing most every sport. He could be described as a "Sports Fanatic". He had a special love for baseball. When he was able, Jim loved being outdoors and spent much time fishing.

Jim is survived by his wife of 43 years, Vickie (Setser) Miller; his grandson, Draydon Miller; his sister, Cavela (Michael) Schneider of Lexington, Kentucky; his brother-in-law and sisters-in-laws, Judy Ward of Kentucky, Earl Setser of Greenville, Kathleen (Barry) Logan of Greenville, and Loretta Setser of Ansonia; as well several nieces and nephews.

A Celebration of Jim's life will be held at 1:00 PM, on Saturday, June 5, 2021, at Tribute Funeral Homes, Greenville Campus, with Pastor Tony Price officiating. Burial will follow in Hollansburg Cemetery.

Jim's family will be receiving guests on Saturday, from 11:00 AM until 1:00 PM at the funeral home.

Memorial contributions may be given to EverHeart Hospice, 1350 North Broadway, Greenville, Ohio 45331.

Online condolences may be left for Jim's family by visiting www.tributefuneralhomes.com.