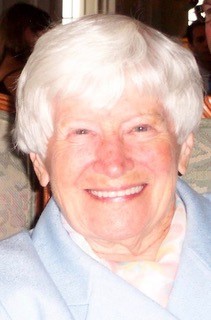 She was born November 8, 1918, in Cuyahoga County, Ohio, to the late Emanuel and Edna (Iddings) Wion.

In addition to her parents, Dorothy was preceded in death by her husband, James N. Shives, Sr., whom she married June 21, 1941; her son, James N. Shives, Jr.; and four brothers, Robert, William, Raymond, and Richard Wion.

Dorothy was active most of her life and loved to travel. Dorothy enjoyed reading, crossword puzzles, and listening to music. She was a member of the Order of Eastern Star and was Worthy Matron of Gettysburg chapter. Dorothy made her family a priority and always made time for and was active in all the family functions.

Dorothy is survived by her children, Jonette Dee “Joni” Shives of Greenville and Jon Michael “Mike” Shives of Gettysburg; her sister, Mildred Bourne of Vandalia and her brother, Delbert Wion of West Milton; and her grandchildren, great grandchildren, nieces, and nephews.

Burial in Gettysburg Cemetery will be later this spring.