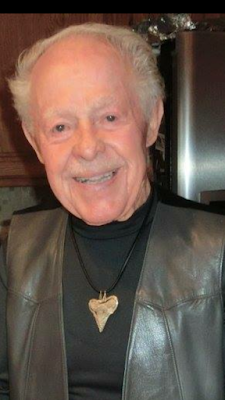 Richard Allen Burch, 86, of Greenville, passed away Sunday, April 2, 2017 at the VA Medical Center in Dayton.

In addition to his parents, Richard was preceded in death by his first wife, Vivian B. Spain; two brothers, Clifford and Denver Burch; and a sister, Margie Brewer.

Richard attended Piqua Schools then worked as a mechanic in Brooklyn, New York. He served his country honorably in the United States Air Force during the Korean War from 1949 to 1952 where he was a Teletype Operator. Following his military service, he worked in the maintenance department at Hartzell’s in Piqua. Richard Retired from Chrysler in Dayton in 1990 after 28 years as a Quality Inspector. Physical fitness and martial arts were Richards passions. He loved exercising and weight lifting. Richard was a 3rd degree black belt in Karate and taught karate in Troy from 1960 to 1972. He competed in many tournaments and was undefeated. During one such tournament in Toronto, Canada, in 1968, Richard met his idol, the legendary Bruce Lee. From 1972 to 1980, he taught physical fitness classes at the Piqua YMCA. Richard spoke fluent German which he taught to himself and his greatest achievement was getting his pilot’s license. He had several nicknames, such as Pinky, Muscle Man and Stone Man. Richard was a member of both the Greenville American Legion, Post 140 and Piqua, Post 184 as well as the Fraternal Order of Eagles #2177 in Greenville. He loved his family and grandchildren. Those who knew Richard could always expect a joke or one of his favorite sayings, “every day above ground is a good day” and “I’m still kicking, just not as high”.

A memorial service, with full military honors provided by the Greenville Honor Guard, will be held Friday, April 07, 2017, promptly at 5PM at the Greenville American Legion, 325 North Ohio Street in Greenville.

Burial will be in the Dayton National Cemetery at the convenience of the family.

Memorial contribution may be made to Greenville American Legion Post 140.