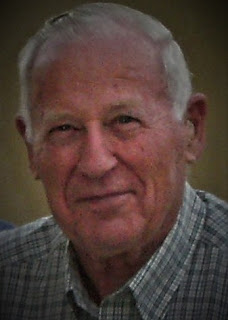 George was a member of the United States Army serving in World War II. He was a farmer for several years, worked at Weaver Brothers as well as 22 years for Aerovent Fan Company in Piqua before retiring in 1988. He was a lifetime member of Friedens Lutheran Church where he served on the church council. He was also a member of the Wayne Grange. He enjoyed fishing, playing cards and was an avid Cincinnati Reds and Cleveland Browns fan.

It is the wishes of the family that memorial contributions be given to the Friedens Lutheran Church and the Alzheimer’s Association. Condolences for the family may be expressed through www.zecharbailey.com.