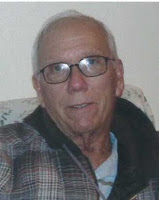 In addition to his parents he is preceded in death by his daughter, Jeanne Meade; and great grandsons, Cody Jones and Aydyn York.

Daniel worked at Sheller Globe in Union City for 25 years and Kroger’s for 9 years before retiring in 2009. He loved dirt car racing and worked at Eldora Speedway on the civil defense team. He also loved fishing, camping and the Cincinnati Reds.

It is the wishes of the family that memorial contributions be given to the donor’s choice. Condolences for the family may be sent to www.zecharbailey.com.