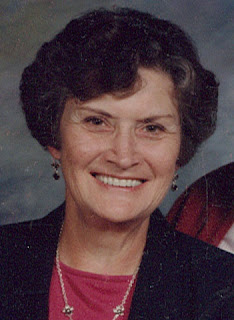 Doris Irene (Benjamin) Bowers, 77, of Greenville, passed away peacefully on May 28, 2012 at Brethren Retirement Community. Doris was born on January 18, 1935 in Richmond, Indiana to the late Raymond and Bertha (Hines) Benjamin.

Doris enjoyed many things in her life such as woodworking, crafts, quilting, painting, making dolls, basket weaving, sewing, canning and playing cards. She loved to travel, and traveled overseas to such places as Germany and England. Doris was a long time member of EUM Church in Greenville. She worked at the Gatehouse in Wayne Lakes for a short time as a cook. Her greatest passion was spending time with her family.

In addition to her parents, Doris is preceded in death by three sisters, Arlene, Nancy and Barbara.

Services entrusted to Braund Funeral Home in New Madison. Condolences may be sent to the family at www.braundfuneralhome.com.