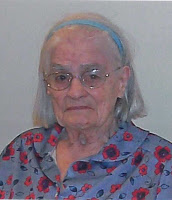 Lois A. Best, age 90, went to be with her heavenly Family on Tuesday, November 6, 2012 at 12:25 AM at Piqua Manor, Piqua, Ohio. Lois was born on April 5, 1922 in Darke County, Ohio, to the late Ray & Gladys (Dickey) Fourman. She was a homemaker and a lifelong resident of Greenville and Darke County area.

A private graveside service will be held at the convenience of the family in the Greenville Cemetery with Rev. Terry Haworth officiating. There will be no public visitation. Arrangements are under the direction of the Zechar Bailey Funeral Home, Greenville, Ohio.

It is the wishes of the family that memorial contributions be given to Hospice of Miami County. Condolences for the family may be sent to www.zecharbailey.com