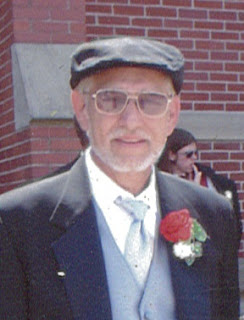 Tom Inman, 63 of Union City, Ohio passed away on March 24, 2013 at the Kettering Medical Center. Tom was born on September 7, 1949 in Fort Wayne, Indiana to Mary Lou Scroughum and the late Elzie Inman.

Tom had worked for Workhorse Chassis in Union City, Indiana. He served our country in the United States Army, during the war in Vietnam. He was a member of the VFW in Greenville, OH. He was always doing something to keep him busy. He loved woodworking and made various items. He also collected coins, had a big interest in old cars and going to car shows. He loved to work in his garden and also loved cooking and fishing. Tom was a devoted husband, father and brother and a super grandfather.

Tom is preceded in death by his father; a brother, Daryle Lee Inman, and a granddaughter, Lexy Pharr.

Left behind to cherish his memory is his mother, Marylou Scroughumof Ft. Wayne, Indiana; his wife, Esther(Cauldwell)Inman, who he married on July 09,1993; sons and daughters in law, T.J and Stacy Inman of Greenville, OH and Scott Smedley and friend Penny Gerke-Williams of Decatur, IN; daughters and sons in law, Chasity and Levi Vinson of Union City, IN and Denise and Jaime Oakes of Englewood, OH; ten grandchildren, Devin Frankman, Dorian Inman, D’Juan Sanchez, Ashton, Braxtin, Zayne Inman, Candace Bettinger and partner Corby Rickert, Tristin Pharr, Jenessa and Isiah Smedley; brother and sister in law, Howard and Sheri Inman of Greenville, OH; sisters and brother in law, Violet Klackner of Greenville, Dixie and Bob Bloom of Fort Wayne, IN, Germaine Main of Marathon, FL, Claudia Smith of Greenville, OH, Laura and Jerry Woodyard of Greenville, OH.

Private family services will be held at a later date. The family wishes that memorial contributions be made to Kettering Medical Center, 3535 Southern Blvd., Kettering, OH 45429. Braund-Pope Funeral Home is assisting the family with arrangements. Online condolences may be sent to braundpope@woh.rr.com
Newer Post Older Post Home