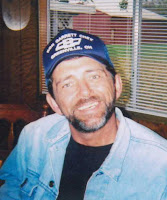 Richard Leo “Rick” Liette, Born November 23, 1954 and passed away on June 5, 2013. Richard passed away at his residence on the eve of June 5th. He was born “Ricky Leo Saintignon” to Melvin and Shirley (Fritz) Saintignon. After an accident claimed their lives, he was adopted by George and Delores “Lois” (Wourms) Liette who also preceded him in death.

A private viewing was held for the family. Arrangements are under the direction of Zechar Bailey Funeral Home, Greenville.

It is the wishes of the family that memorial contributions be given the Zechar Bailey Funeral Home, Greenville. Condolences for the family may be expressed through www.zecharbailey.com