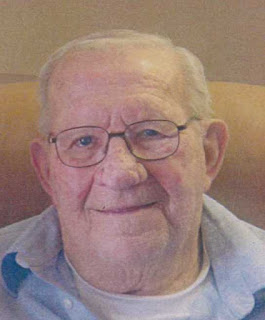 He is survived by his sisters, Dorothy I. Workman of Boulder City, Nevada and Maureen H. McCabe of Greenville; as well as numerous nieces and nephews.

In addition to his parents he is preceded in death by his brothers, Ralph J. Hemmerly & David M. Hemmerly and sister, Barbara J. Fisher.

Howard was a member of the United States Army serving in the Korean Conflict during 1950-1952. He taught at Sharon Elementary in Columbus from 1955-1962 before moving to Arizona and teaching in Tucson from 1962-1971. He also taught in private schools in California before moving back to the Greenville area in 1986 where he continued teaching as a substitute teacher in Greenville and other Darke County schools and then retiring in 1992 at the age of 62. Howard was a freelance artist and was a carpenter. He enjoyed wood carving and sign printing. He was a member of St. Paul’s Episcopal Church where he sang in the church choir and was also a member of the American Legion.

It is the wishes of the family that memorial contributions be given to St. Paul’s Episcopal Church. Condolences for the family may be sent to www.zecharbailey.com