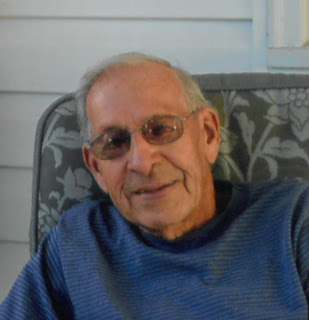 Jack was born on November 20, 1931 in Greenville, to the late Charles and Mabel (Mann) Sharp.

In addition to his parents, Jack is preceded in death by his daughters, Carolyn Mendenhall and Becky Garland; his brothers, Wayne, Adrian, Max, and George Sharp; and his sister, Marjorie Strait.

Jack served his country honorably in the U.S. Army. Jack was an active member of St. Paul United Church of Christ. He loved spending time in his garden tending to his roses. Another talent of Jack’s was woodworking. During his life, many family and friends received his handmade gifts.

Jack is survived by his wife of 65 years, Joanne (Grow) Sharp of Greenville whom he married September 5,1951; his son and daughter-in-law, Nathan and Karen Sharp of Greenville; his grandchildren and their spouses, Chad and Melissa Anderson, Eric and Kerra Mendenhall, Rachael and Travis Brunk, Ryan Sharp, Katie Sharp, Greg and Amber Garland, and Michelle Garland; his great grandchildren, Kaylee, Carrina, Javin, Miles, Emerson, Cale and Waylon; his brothers and their spouses, Gerald and Arlene Sharp of Greenville, and Larry and Patty Sharp of Lancaster; his sister, JoAnn Thompson of Van Wert; sons-in-law, Gregg Mendenhall of Union City, OH and Jeff Garland of Muncie, IN; his sister-in-law, Judy Sharp of Rockhill, SC; his aunt, Mary Alice Redman of Greenville; and several nieces and nephews.

A Celebration of Life service will be held on Wednesday, June 21, 2017 at 1:00 PM at Oliver Floyd Funeral Home in Greenville with Pastor Jim Vandermark officiating. Burial will follow in Greenville Cemetery.

Family and friends may visit on Wednesday, June 21, 2017 from 12 PM until time of services at the funeral Home.

Memorials may be given to Darke County Cancer Association or St. Paul United Church of Christ.