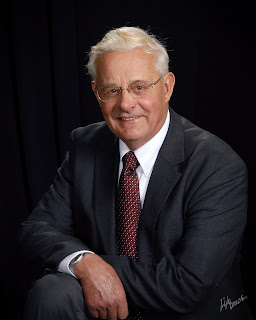 Neil was a member of St. Bernard Catholic Church, Burkettsville, where he was a 60-year member of the choir, lector, past parish council member, past Grand Knight of the St. Henry Knights of Columbus Council 2640. He was a member of the Western Ohio Educational Foundation Board of Trustees, Mercer County Elks 2170, past president of the Mid-America Food Processors Association, past president of the Ansonia School Board, and previously served in the Army National Guard.

A Mass of Christian Burial will be held at 10:30 am Friday, June 30, at St. Bernard Catholic Church, Burkettsville, OH, with Rev. Ron Wilker and Rev. Tom Hemm con-celebrants. Burial will follow in St. Bernard Cemetery. Friends may call from 2pm-8pm Thursday and 9am-10am Friday at Hogenkamp Funeral Home, St. Henry. In lieu of flowers, contributions may be made to the Euro-Peds Foundation or the Darke County Foundation.
Newer Post Older Post Home