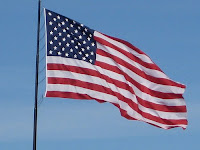 Nicholas L. Grillot, age 64 of Versailles, Ohio passed away on Thursday April 29, 2010 at 2:10 PM as the result of a farming accident. He was born March 23, 1946 in Osgood, Ohio the son of the late Vitales & Venera (Bergman) Grillot.
He was a retired dairy farmer and served in Vietnam in the United States Marine Corp. He was a member of St. Denis Catholic Church and the Osgood American Legion Honor Guard Post # 588.

He is preceded in death by his parents; Daughters: Natalie & Emily Grillot; Sister: Judith Grillot; Brother in law: Keith Barger.

Mass of Christian Burial will be held on Monday May 3, 2010 at 10:30 AM at St. Denis Catholic Church 14 E. Wood Street, Versailles, Ohio with Rev. Fr. David Vincent Celebrant. Burial will follow in St. Valbert Cemetery. Family will receive friends from 2:00 to 8:00 PM Sunday May 2, 2010 and on Monday from 9:00 to 10:00 AM at Bailey Zechar Funeral Home, Versailles, Ohio. Veterans Graveside services will be conducted by the Osgood American Legion Honor Guard. Memorial contributions may be made to the Versailles Emergency Medical Services.
Newer Post Older Post Home