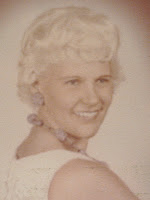 Barbara Louise (Rodgers) Ricker, 80, of New Madison, passed away peacefully at her home on June 11, 2012. Barbara was born in Richmond Indiana on May 8, 1932 to the late Clyde and Louise (Snyder) Rodgers.
Barbara worked as a Domestic Engineer during her life. She was a member of the ETA PI Kappa sorority and a bingo club. Barbara loved to bowl. She was an avid card sender and was a giver often giving to TBN.

Barbara is survived by two sons, Rick and wife Kim Ricker of Greenville and Randy and Terry Ricker of Union City, Ohio; a daughter, Rhonda Lavy of New Madison; six grandchildren and eleven great grandchildren; a sister, Joan and husband Jim Meyers and a brother-in-law, Leon and Esther Ricker.

Friends and family may visit on Thursday, June 14th, 2012 from 6-8 PM at Braund Funeral Home in New Madison. A celebration of life service will be held on Friday, June 15, 2012 at 10:30 AM also at the funeral home with the Chaplain Candy Null being asked to officiate.

Donations may be made to Heartland Hospice, donations being accepted at the funeral home.

Services entrusted to Braund Funeral Home in New Madison. Condolences may be sent to braundfuneralhome.com