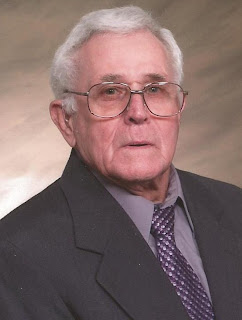 Jimmy was a member of the United States Army during the Korean Conflict. He retired from General Motors in Dayton after 32 years of service. He was a member of the Versailles Masonic Lodge #290 and 32nd Degree Mason of the Ancient Accepted Scottish Rite, Valley of Dayton. He loved gardening, fishing, and Harness Races at The Great Darke County Fair.

The Versailles Masonic Lodge will be conducting a Masonic Memorial Service on Wednesday, February 6, 2013 at 7:00 PM at Bailey Zechar Funeral Home, Versailles, Ohio. A service will follow with Pastor Ed Ellis officiating. A burial will be held at the convenience of the family at a later date. Family will receive friends prior to the service on Wednesday from 3-7 PM at the funeral home.

It is the wishes of the family that memorial contributions be given to the Miami County Hospice. Condolences for the family may be expressed through www.zecharbailey.com