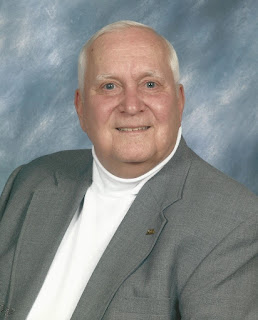 Daniel F. Harless, loving father, grandfather and great-grandfather, went to be with his Lord and Savior on December 17, 2016. He is preceded in death by his loving wife of 47 years, Mary Ann (Thompson) Harless; son, Daniel Scott; and parents, Lester “Mike” and Helen Harless of Wabash IN.

Born March 29, 1937, Dan was a native and life-long resident of Greenville and active member and trustee of First United Methodist Church of Greenville. He was also an active Rotarian for over 30 years. He owned and operated Treaty Travel in Greenville until retiring in 2002. After retiring, he served at the Red Cross, Meals on Wheels, and as docent at the Garst Museum.

A Celebration of Life service will be held at First United Methodist Church of Greenville on Thursday, January 5th, at 4pm. In lieu of flowers, the family requests donations to the Red Cross.