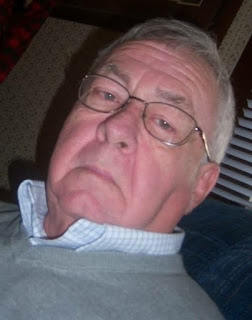 Robert E. “Bob” Rhoades, age 71, of Piqua, Ohio, and formerly of Greenville, Ohio, passed away on Saturday, November 19, 2016 at 3:47 PM in Darke County, Ohio, due to an automobile accident. He was born on February 3, 1945 in Greenville, Ohio, to the late Eugene Franklin Rhoades and Clara Florence & Robert (Mannix) Stauffer.

Bob is survived by his wife of 45 years, Margaret “Peggy” (Sedam) Rhoades whom he married on February 6, 1971; sons, Rob & Jeff Mullins of Dallas, TX, and Chris Rhoades of Greenville; sisters and brother in law, Sandra Hoying of Greenville and Debbie & Steve Brandt of Greenville; brother and sister in law, Tom & Angela Stauffer of Oldsmar, FL; brothers in law and sisters in law, Carol & Mike Gray of Houston, Ohio, Kay & George O’Neill of Hollywood, FL, and Rick & Karen Sedam of Piqua, OH; special friends, Corbin & Skylan Robison; as well as numerous nieces and nephews.

In addition to his parents he is preceded in death by his father and mother in law, George & Joan Sedam.

It is the wishes of the family that memorial contributions be given to National Fallen Firefighter Association at www.firehero.org. Condolences for the family may be sent to www.zecharbailey.com