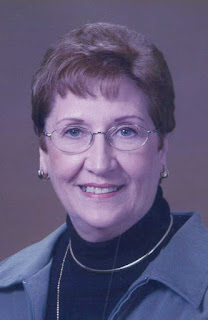 Edith Lamons Bertram, 78, of Greenville, Ohio, formally of Dayton, passed away November 25, 2016. She was a graduate of Roosevelt High School Class of 1956, in Dayton. Edith was the daughter of Robert Samuel and Sally Frank Pates Lamons who preceded her in death.

She was a member of First Southern Baptist Church in Camden, Ohio. She accepted the Lord as her Savior and was baptized in 1954 at the former Westwood Baptist Church in Dayton, Ohio.
She was a member of the Fort GreenVille Chapter of the Daughters of the American Revolution; Descendants of Washington’s Army at Valley Forge; Direct Descendants of David (Davy) Crockett, and The First Families of Tennessee.

There will be a service held on Wednesday, November 30, 2016 at 10:30 AM at Zechar Bailey Funeral Home of Greenville, Ohio with the Reverend Greg Jackson officiating. Burial will follow at Abbottsville cemetery in Greenville Ohio. Family will receive friends on Tuesday, November 29, 2016 from 5-8 PM at the funeral home. Edith’s eternal home will be in Heaven.

It is the wishes of the family that memorial contributions be given to State of the Heart Care. Condolence for the family may be sent through www.zecharbailey.com