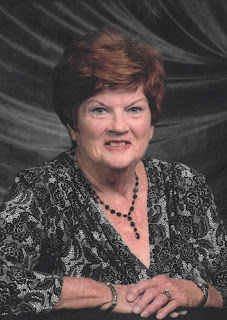 G. Jacqueline Trick, age 84 of Arcanum, Ohio passed away at the Kettering Medical Center on Sunday October 7, 2018 surrounded by her loving family. She was born January 9, 1934 in Dayton, Ohio and the daughter of the late Omer and Gertrude (Dillhoff) Korte.

Jacque graduate from Julienne High School Dayton, Ohio Class of 1952. She married Edward Trick on May 7, 1955 at Holy Angels Catholic Church of Dayton and they raised a family of seven and where married for over 63 years. In addition to being a very active homemaker she also owned and operated the Hearthside Christmas and Gift Shop located in Greenville.

In addition to her parents she was preceded in death by her brothers Wilfred Korte and Joseph Korte.

Mass of Christian Burial will be held at 10:30 AM Thursday October 11, 2018 at the Transfiguration Catholic Church 972 South Miami Street West Milton, Ohio with Father John Tonkin Celebrant. Burial will be held in the St. Mary’s Catholic Cemetery in Greenville, Ohio. The family will receive friends on Wednesday October 10, 2018 from 4:00 PM until 7:00 PM in the Zechar Bailey Funeral Home Greenville, Ohio.

It is the wishes of the family that Memorial Contributions be given to the Charity of your choice.