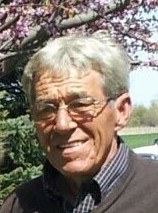 He was born on April 17, 1945, in Greenville to the late Bernard N. Saintignon and Naomi (Thompson) Reed.

In addition to his parents, Donnie was preceded in death by his brothers and sisters-in-law, Marion and Betty Saintignon and Melvin and Shirley Saintignon; his brother, Duane Saintignon, and his sister, Barb Hiatt.

Donnie was born and raised on his family’s farm outside of Union City, Ohio. At the age of 13, he started playing music and became a well-known drummer. He later joined the United States Marine Corps and served in the Vietnam War. Donnie was a faithful follower of Christ and a member of St. Mary’s Catholic Church in Greenville. He had a love for God, family, music, and painting. He resided north of Greenville for the remainder of his life.

Donnie is survived by his wife of 47 years, Elizabeth (Klosterman) Saintignon, whom he married on March 18, 1972; his children, Matthew Saintignon, Kristen Woodbury and her husband, Derrick, of Union City, Ohio, and Kara Warren and her husband, Joshua, of Arcanum, Ohio; his grandchildren, Dyllan, Kayla, and Parker Saintignon, Troy, Taylee, Tenlee, and Tienna Woodbury, and Ella, Alia, and Mila Warren; his brothers, Denny Saintignon and his wife, Rose, of Versailles, Ohio, and Danny Saintignon and his wife, Mary, of Ansonia, Ohio; his brother-in-law, Larry Hiatt, of Greenville, Ohio; his half-sister, Kathy Werner, of Greenville; and numerous nieces and nephews.

In accordance with Donnie’s wishes, there will be no public visitation.

A Mass of Christian Burial will take place at 10:30 AM on Friday, November 8, 2019, at St. Mary’s Catholic Church in Greenville with Father John R. White officiating. A dinner will follow at the Greenville Knights of Columbus Hall.

The family has entrusted Tribute Funeral Homes, Greenville Campus, with the arrangements.

In lieu of flowers, memorial contributions may be made to the Darke County Backpack Program, 433 E. Water St. Greenville, Ohio 45331.