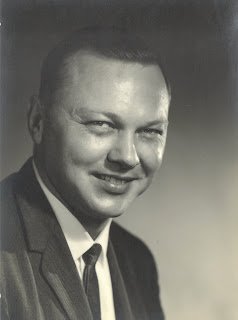 James Gary Henby, age 82 of Greenville, Ohio passed away peacefully at 6:35 AM on Friday, November 8, 2019 at the Brethren’s Retirement Community, Greenville, Ohio. Born in New Castle, Indiana on November 1, 1937 he was the only child to the late Margaret (Geringer) & Silas Paul Henby, Jr. James had been very involved in his community, and serving for his country. He had many accomplishments over the years including soliciting door-to-door for funds for the first ambulance & was president of Greenville’s Rescue Squad, and served as an EMT. He was Greenville’s first Tax Administrator,and was instrumental in setting up the computer system for the tax department. James was a member of the Darke County Health Board for over 17 years. He was a member of the Greenville Masonic Lodge, was past Worshipful Master. He was a member of the Miami/ Shelby Melody Men Barbershop Chorus, and participated in Dulcimer group at the BRC. He was most proud of his military service; he joined the United States Army National Guard, and after 27 ½ years, he retired as Major. During that time he was commander of the Nike Hercules missile site near Cleveland, Ohio. In his free time he enjoyed the outdoors; hunting, fishing, camping and shooting and spending time with his family and friends. He will be truly missed. He is preceded in death by his parents.

Friends may call on the family from 10:00 AM- 11:00 AM on Tuesday, November 12, 2019 at the Zechar Bailey Funeral Home, Greenville, Ohio. Funeral service to follow at 11:00 AM with Chaplain Jackie Collins presiding. There will be a Masonic Service at 10:40, and Military Honors at 10:50. Private family burial, at a later date. Memorial contributions may be made to State of the Heart Hospice, or the Brethren’s Home resident aide fund. Online sympathies www.zecharbailey.com.