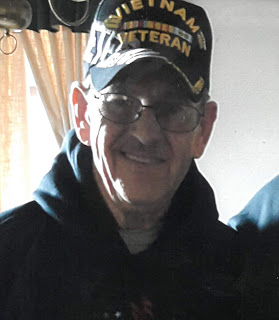 In addition to his parents, Wayne was preceded in death by his brothers, Billy Joe Blanken, Donald “Pete” Blanken, and Jerry Blanken; his sister, Faye Webb, Vickey Flannery, and Irene Blanken; and his son, Michael Blanken.

Wayne spent over 30 years as an over-the-road trucker until he retired in 1999 from F.A.S.T Trucking. He enjoyed going to dirt track races with his brother-in-law, Curt Flannery, to watch Shon, Curt's son, race. Wayne always enjoyed spending time with his grandbabies. He loved to be around them because no matter how bad he felt, he would say they made him feel better. He would like to sit and watch the news every day and then watch NASCAR on Sundays. Wayne also enjoyed watching Gunsmoke and Bonanza.

Before Wayne got sick, he would always sit outside during the summer and enjoyed watching the first snowfall when winter came. He would always go out of his way to help others. He never expected anything in return as long as it was helping someone in need.

A Celebration of Wayne’s life will be at 12 noon of Monday, November 25, 2019, at Tribute Funeral Homes, Greenville Campus, with Pastor Curtis Flannery officiating. Burial, with full military honors provided by the Greenville Honor Guard, will follow in Hollansburg Cemetery.