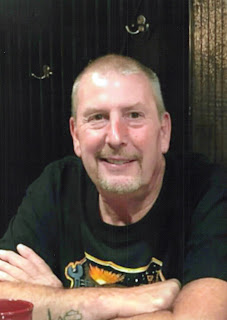 Sheldon Jay Livingston, 61, of Arcanum, Ohio, passed away unexpectedly on Saturday, October 10, 2020, at Indiana Lake, doing what he loved, riding in his golf cart with Bentley.

In addition to his parents, Sheldon was preceded in death by his stepmother, Barb Livingston; his brother, David Livingston; his father-in-law, Dale Fisher; and his little buddy, Boomer.

Sheldon loved his fur-babies. He and Boomer were inseparable. Boomer always knew when it was Friday, and they were going to the lake. His summer weekends were dedicated to going to Indian Lake. He started with a very small camper at Frosty's Campground and then advanced to a larger camper. Three years ago he purchased property and has been in heaven ever since. He always took Boomer until he passed away. Bentley then became Sheldon's new camping buddy.

Sheldon loved riding motorcycles and loved his Harley Davidsons. He especially loved his golf carts. He was generous, helpful, and selfless with his time. He had a very special bond with his in-laws, especially Dale. Every Sunday morning, while driving home from the lake, he would get a call from Dale asking where they would be going for breakfast.

Sheldon and Kim had a wonderful relationship that was 20 years in the making. They had their first date in 1990. It took him 20 years to "smartin-up" before starting their life together almost ten years ago.

Sheldon is survived by the love of his life and partner for the past nine years, Kimberly Ernst of Arcanum; his fur-babies, Bently and Phoebe; his stepchildren, Nathan Moore and his partner, Ashley, of Greenville, Ohio, Jacob Ernst and his wife, Hillary, of Arcanum, and Katie Ernst of Columbus, Ohio; his nephew, Matthew Livingston of Greenville; his mother-in-law, Shirley Fisher of Arcanum; his brothers-in-law, Bob Fisher and his wife, Vickie, and Tim Fisher; his best friends, Craig Francis and Tom Stevenson; his step-sister Tonya (Musgrove) Lewis of Illinois; his step-brother, Kem Musgrove of California; his Aunt Ginney of Piqua, Ohio; and numerous cousins and friends.

A celebration of Sheldon's life will be held at 4:00 PM on Saturday, October 17, 2020, at Tribute Funeral Homes, Greenville Campus.

His family will be receiving guests on Saturday from 2:00 PM until the time of the service at the funeral home.

Online condolences and Hugs-From-Home may be left for Sheldon's family by visiting www.tributefuneralhomes.com.