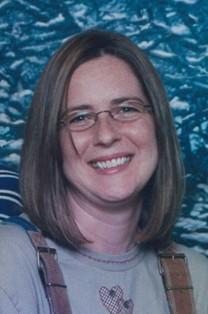 Monica was born on February 10, 1970 in Danville, Illinois, to Richard Broderick of Catlin, Illinois, and the late Donna (Rogers) Broderick.

Monica married her husband, Dave Gambrel of Greenville, Ohio, on October 2, 2004. Monica suffered a severe illness as a teenager and was advised she would never be able to have children. However, she was a wonderful mother to Hunter, Dave's son and was able to adopt Hunter in 2010 an called him her own. He truly was born in her heart. The family witnessed a miracle in 2006 when Monica gave birth to Sylas and their family became complete. Monica devoted her life to her children and was a wonderful, caring mother.

Monica's compassionate nature carried over to all of humankind. In, 2004, a co-worker became very ill and needed a kidney in order to survive. Monica volunteered to give up one of her kidneys so that this woman could live. This woman wasn't a relative or even a life-long friend. She was a human being in need and Monica saw that need and fulfilled it. Monica never ever saw what she had done as a big deal. She only felt the need to help someone and then set about getting the job done.

In the fall of 2010, the family discovered another miracle had occurred. Monica became pregnant again. Although it was at a very high risk, she was determined to bring this baby into the world healthy. Cotton Allen Delaine Gambrel was born on July 29, 2011, a very healthy baby boy.

Monica will be sorely missed by everyone who knew and loved her. Her legacy of love to her children will be remembered forever. She is survived by her husband, David Gambrel; children, Hunter Gambrel, Sylas Gambrel, and Cotton Gambrel. She is also survived by her father, Richard Broderick. There will be a service held on Sunday, August 7, 2011 at 2:00 PM at Zechar Bailey Funeral Home, Greenville, Ohio, with Pastor Lance Elliot officiating. There will be no burial. Family will receive friends on Saturday, August 6, 2011 from 2-5 PM at the funeral home.

In lieu of flowers memorial contribution can be given to the donor's choice. Condolences for the family may be expressed through www.zecharbailey.com