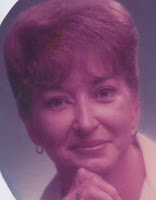 In addition to her parents she is preceded in death by brother, Charles Fitzgerald; sisters, Betty Null, Joan Messor, and Mary Lou Newbauer; and nephew, Bob Doss.

Marty was a homemaker.

There will be a memorial service held on Thursday, May 30, 2013 at 11:00 AM at Zechar Bailey Funeral Home, Greenville, Ohio, with Pastor Chris Barhorst officiating. There will be a private burial held in Oak Grove Cemetery at the convenience of the family. Family will receive friends one hour prior to the service at the funeral home.

It is the wishes of the family that memorial contributions be given to the Reid Hospital Hospice, 1100 Reid Parkway, Richmond, Indiana 47374.