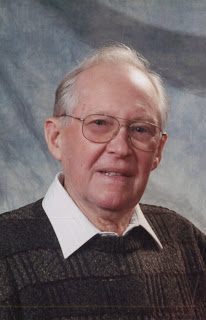 C.W. was in the construction business for over 45 years and was the owner of C.W. Davis Construction as well as owned a gun shop. He was an avid collector of antiques and Indian Artifacts. He was a member of the United States Army serving in WWII and Friends of the Darke County Parks.

There will be a service held on Wednesday, October 16, 2013 at 2:30 PM at Zechar Bailey Funeral Home, Greenville, Ohio, with Pastor Terry Haworth officiating. Burial will follow in Abbottsville Cemetery, Darke County, Ohio. Family will receive friends one hour prior to the service at the funeral home.

In lieu of flowers memorial contributions can be given to the Darke County Parks. Condolences for the family may be expressed through www.zecharbailey.com