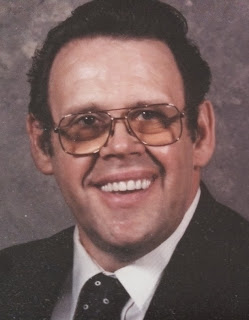 Karl was a veteran of the US Navy. He was a local certified ASA Mechanic until his retirement in 1994. Him and his wife owned and operated Wildcat Woods for 24 years. He is a member of the Triumphant Christian Center in Greenville, the Masonic Lodge and the Antioch Shrine.

He is survived by his wife of 52 years, Charlotte (Fudge) Brown, whom he married August 26, 1961; children, Brenda, Kurt, and Kim; 8 grandchildren; and one great grandchild.

Private services will be held at a later time with Pastor Sam Shilot officiating. Burial will take place in the Twin Creek Cemetery near West Manchester.

There will be no public visitation. The family requests that memorial contributions be given to the Hospice of the donor’s choice.

Oliver-Floyd Funeral Home in Greenville has been entrusted with arrangements.