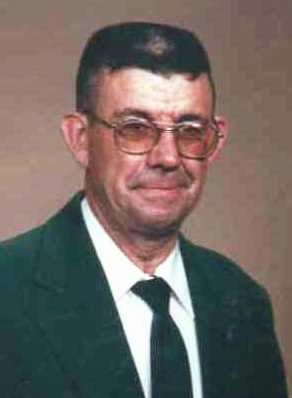 He is survived by his children, Elaine Pooler of Springfield, Ohio, Richard (Gayle Cohn) Brewer of Englewood, Ohio, and Tammy (Terry) Curtis of Rossburg, Ohio; 5 grandchildren; 6 great grandchildren; sister, Judy C. Brewer of Greenville; as well as his dog, Mousey.

In addition to his parents he is preceded in death by his wife, Doris J. (Baker) Brewer whom he married on August 21, 1951; and son, Terry Brewer.

Floyd is a member of Stelvideo Christian Church and Darke County Sheriff’s Auxiliary. He worked at the Dairy Maid, American Aggregates, then retiring from the Greenville City School System. He raised Beef Cattle and was a foster parent for 26 years parenting 62 kids. He loved dogs and was a supporter of the Buckeye Sheriff’s Association.

There will be a service held on Wednesday, December 24, 2014 at 10:30 AM at Zechar Bailey Funeral Home, Greenville, Ohio. Burial will follow in the Stelvideo Cemetery, Stelvideo, Ohio. Family will receive friends on Tuesday, December 23, 2014 from 5-8 PM at the funeral home.

It is the wishes of the family that memorial contributions be given to the Darke County Humane Society or Gettysburg Rescue Squad.