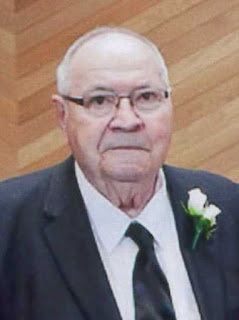 In addition to his parents he is preceded in death by his wife of 61 years Johanna L. (Magoto) Brown whom he married on December 30, 1950 in Frenchtown, Ohio; son, Steven Brown; grandson, Jason Landis; brothers and sister in law, Lowell & Elizabeth Brown and Jerry Brown.

Gene retired from Delco Moraine Division of General Motor and was a 1948 graduate of Versailles High School.

It is the wishes of the family that memorial contributions be given to the Versailles Area Historical Society & Museum or Donor’s Choice.