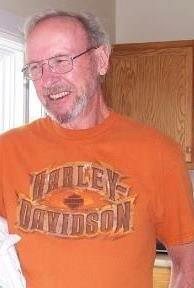 In addition to his parents Max was preceded in death by his sister Joan Stickelman, and stepson Jeffrey A Spencer.

Max was a farmer most of his life before retiring from Dixon Industries as a Regional Manager. He was a Veteran of the United States National Guard. He was a member of the Darke County Fish and Game Club and a lifetime member of the NRA. He enjoyed tinkering, gardening, canning and most of all spending time with his family.

The family is having a Celebration of Max’s Life on Sunday, July 12, 2015 at 1:00 PM at the Darke County Fish and Game Club, 1407 New Garden Rd, New Paris, Ohio, and invites all their friends to come and share story’s and memories of Max. Arrangements are under the direction of Zechar Bailey Funeral Home, Greenville, Ohio.

It is the wishes of the family that memorial contributions be given to the American Alzheimer’s Association. Condolences for the family may be sent to www.zecharbailey.com