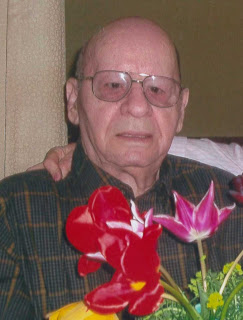 He is survived by his brothers and sisters in law, Richard & Margaret Rhoades of Greenville, Donald Rhoades of Tipp City, Ohio, and Carlton & Mary Rhoades of Ft. Recovery, Ohio; sister and brother in law, Elsie Ilene (Rhoades) & Jack Cummings of Saratoga, Indiana; as well as too many nieces and nephews to mention that all loved him dearly.

In addition to his parents he is preceded in death by his sister, Mary Jean (Rhoades) Brigner; brothers and sisters in law, Royce & Jeanette Rhoades, Norman Rhoades and Marjorie Rhoades; twin brother and sister, Marvin & Marlene Rhoades.

Ralph attended school in Jackson, Ohio, and then worked at Mengals in Union City. He enjoyed sports, music and playing cards with his family.

There will be a visitation held on Sunday, June 21, 2015 from 5-8 PM at Zechar Bailey Funeral Home, Greenville, Ohio. There will be a memorial graveside service held at the convenience of the family in Lisbon Cemetery, Union City, Indiana.