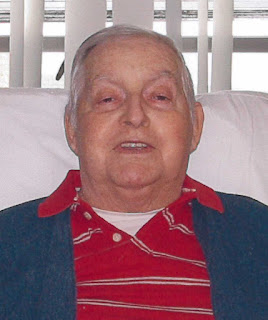 He is survived by his wife of 60 years Virginia “Jeni” (Baker) Waldren; daughter, Susan Williams; son, Scott (Sue) Waldren; grandchildren, Courtney Spencer, Jared (Brianna) Waldren and Andrea Waldren; great grandchildren, Cameron Barga, Andrew Spencer and Benjamin Taylor; as well as numerous nieces and nephews. He was a kind and gentle man and will be sorely missed by his family and friends.

In addition to his parents he is preceded in death by his sisters and their spouses, Louise and Roy Hilterbran, Drusilla and Troy Smith and Myrna and Eugene Moorman.

He was a 1952 graduate of Roosevelt High School in Dayton. He worked as a lithographer for 40 years at Otterbein Press Which later became United Color Press. He enjoyed golfing, bowling, camping and swimming. He was very artistic and loved music. He coached girls softball for several years. He worked for Dayton Daily News after his retirement from the printing trade as well as Fitzwater Tree and Lawn Care. He loved his family, grandchildren and great grandchildren.

There will be a service held on Wednesday, July 8, 2015 at 10:30 AM at Zechar Bailey Funeral Home, Greenville, Ohio, with Pastor Eric Fee officiating. Burial will follow in Abbottsville Cemetery, Darke County, Ohio. Family will receive friends on Tuesday, July 7, 2015 from 5-8 PM at the funeral home.

It is the wishes of the family that memorial contributions be given to State of the Heart Hospice or Brethren Retirement Community Resident Aid Fund.