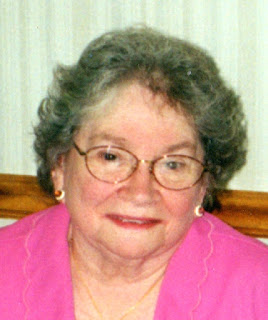 She was born March 31, 1928 in Columbus, Ohio, a daughter of the late Goldie (Leffler) Richards. In addition to her mother, June was preceded in death by her step-father, Herbert Richards and her sisters Joan Crawford and Susie McKeller.

June moved from New Carlisle to Greenville in 2014 with her husband of 68 years, Carl Holloway. She graduated from Roosevelt High School in Dayton and worked as a long distance telephone operator for Ohio Bell and later as a beautician in Huber Heights. June enjoyed being a homemaker, Cub Scout den mother and wife through the years.

The family will receive friends Monday, from 9:30AM until 11AM at the Oliver-Floyd Funeral Home, 1000 N. Broadway St., Greenville, Ohio.