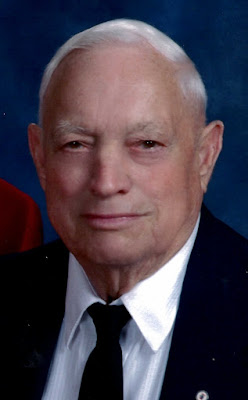 He was born March 21, 1934, in Delaware, Ohio, the son of the late O.F. and Ethel (Siders) Keaser. In addition to his parents, Charlie was preceded in death by his son Jeffrey Keaser, daughter-in-law, Ellie Keaser; and Sisters Joanne Heffington and Linda Brenner.

Charlie delivered beer for 19 years for the late Jim and Adele Hunt, then worked for his friend Jim Buchy at Buchy Foods. He then went back to work as a salesman for the Schoenling Brewery in Cincinnati and became well known across the United States as “Charlie The Little Kings Man”. Charlie loved his grandchildren and loved going around to all the clubs. One of his proudest moments was being inducted into the Ansonia Wall of Fame for all his high school athletic accomplishments.

He is survived by his wife of 61 years, Marie (Kaiser) Keaser whom he married on September 4, 1954; children, Terry (Marge) Keaser, Susan (Mike) Treadway, Darlene (Greg) Grubb and Allen (Nancy) Keaser, all of Greenville; 20 grandchildren; 34 great grandchildren; sister, Barbara Gump of Greenville, and many nieces, nephews and friends.

A Mass of Christian Burial will be held at 10:30 AM, Wednesday, January 6, 2016 at St. Mary’s Catholic Church in Greenville with Fr. John White officiating. Burial will follow St. Mary’s Church Cemetery.

Family and friends may visit Tuesday, January 5, from 3 – 7PM at the Oliver-Floyd Funeral Home in Greenville. The Elks, Moose and Knights of Columbus will hold services Tuesday evening starting at 6:45PM at the funeral home. The family request memorial contributions be given to St. Mary’s School or State of the Heart Hospice.