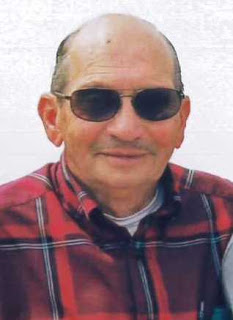 He is survived by his wife of 56 years Beverly (Bridge) Shively of Greenville, Ohio, whom he married on August 1, 1959; daughter and son in law, Rhonda & Steve Eberhard of New Madison; son Jeffrey Allen Shively of Eldorado, Ohio; and grandchildren, Jared Eberhard and Chloe Eberhard.

Mr. Shively was a member of the United States Army serving in the Korean War. He enjoyed and loved his occupation of farming where he felt it released his creative spirit. He also enjoyed and was a pilot where he flew his acrobatic plane. He retired from General Motors at the age of 65 and was a member of the First Presbyterian Church in Greenville.

There will be a Celebration of Life held on Saturday, January 16, 2016 at 12:00 PM at First Presbyterian Church, 114 E. 4th St., Greenville, Ohio, with Rev. Dr. John Person officiating. Burial will be in the Greenmound Cemetery, New Madison, Ohio. Family will receive friends on Saturday from 10-12 at the church. Arrangements are under the direction of Zechar Bailey Funeral Home, Greenville, Ohio.

It is the wishes of the family that memorial contributions be given to the Brookdale Hospice. Condolences for the family may be sent to www.zecharbailey.com