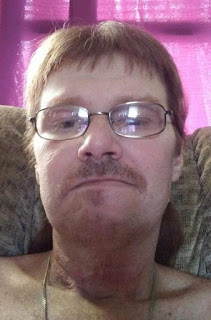 He was born on November 19, 1969 in New Port, Rhode Island to Beverly (Moody) Brumbaugh and the late Thomas Brumbaugh Sr.

Tom was many things. The challenge is to try to list them with such limited space. Tom was an amazing husband, son, father, grandfather and brother. He was devoted to his family and loved spoiling his grandchildren. Tom was a welder by trade and travel the country for his job with Agra Erectors. He loved his dogs, Bama and Diesel. When describing Tom, several words come to mind; loving, loyal, strong, and hardworking. His family meant everything to him. Tom never gave up and fought this battle with cancer for 12 long years. As the back window in his truck so accurately states, “Cancer Sucks”.

A Celebration of Tom’s life will be held at 1:00 PM on Thursday, February 14, 2019 at Tribute Funeral Homes, Greenville Campus, with Pastor Eric Knight officiating. Burial will follow in Greenville Township Memorial Gardens.

Family and friends may visit on Thursday, from 10:00 AM until the time of the service at 1:00 PM at the funeral home.

Memorial contributions may be made to the Darke County Cancer Association, P.O. Box 781, Greenville, Ohio 45331