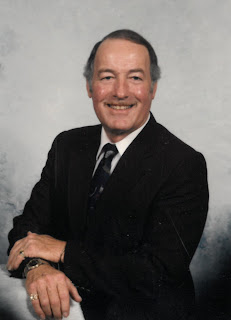 Robert “Bob” E. Byrum, 80, of Greenville, Ohio, formerly of Casa Grande, Arizona, passed away on Sunday, May 19, 2019, at the Brethren Retirement Community in Greenville.

In addition to his parents, Bob was preceded in death by his wife, Janet (Reeves) Byrum, whom he married in 1988; and his brother, Donald Byrum, who passed on June 28, 1966, while serving our country during the Vietnam War.

Prior to venturing to Arizona, Bob owned and operated Byrum Lawncare in Greenville. Bob loved everything to do with the outdoors. When he was not traveling the country in his semi and 5th wheel camper, you could find him cruising the highways on his motorcycle. Bob did not know a stranger, in fact he had friends all over the United States.

Bob is survived by his children, Beth (Dennis) Wells of Centerville, Ohio, and Kelly (Janel) Byrum of Greenville; his grandchildren, Meghan and Michael Wells, and Hope Byrum; and his siblings, Joyce (Don) Walter of Greenville, Marj (Roger) Class of Greenville, and Larry Byrum of Union City, Ohio.

Guests may visit with Bob’s family from 2:00 PM until 4:00 PM at the Brethren Retirement Community's chapel on Wednesday, May 29, 2019. Burial will follow at Fountain Park in Winchester, Indiana at a later date.