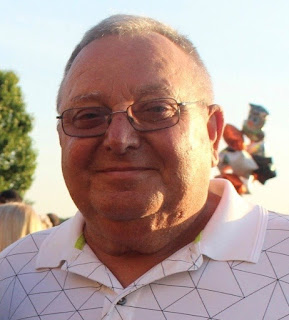 He was born on March 26, 1949, in Greenville, Ohio to Ralph Jr. Silvers and the late Eileen (Schlosser) Silvers.

In addition to his mother, Jack was preceded in death by his brother, Jimmy Silvers, Sr.; and his son-in-law, Dave Minner.

Jack was a 1968 graduate from Jefferson High School in New Paris. After graduation, he started his career at Belden Wire and Cable in Richmond until he retired with over 40 years of service. Jack loved his family and enjoyed spending as much time with them as possible. He would attend his grandchildren’s sporting events and support them in all their activities. It was not uncommon to find Jack tending to his vegetable garden and collecting glass paperweights and lamps. Jack cherished taking his father, Ralph, out to breakfast several times a week. Jack was a member of the Richmond VFW and the Richmond American Legion.

Jack served his country honorably in the United States Army during the Vietnam War. Jack was awarded the Army Commendation Medal with “V” device (First Oak Leaf Cluster) for his heroism in connection against a hostile force while serving in the Republic of Vietnam. His actions permitted the capture of two prisoners and a large supply of ammunition. Jack also received the Army Commendation Medal for Meritorious Achievement in Vietnam in November 1969 and the Air Medal for Meritorious Achievement while participating in aerial flight in Vietnam from November 1969 to January 1970. Jack also received 2 Overseas Service Bars and a Bronze Star Medal.

A graveside service and burial will take place in Spring Lawn Cemetery in New Paris at the convenience of the family. Full Military Honors will be conducted at the cemetery.

The family has entrusted Tribute Funeral Homes, New Madison Campus with the arrangements.