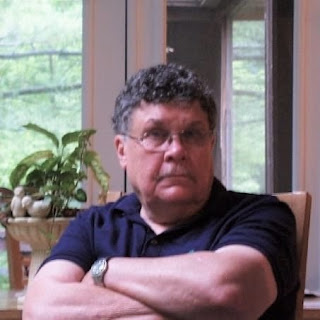 Dr. William J. Williams, PhD, passed away in his home in Arcanum, Ohio, on December 6, 2020 with his family by his side.

He was born on May 9, 1935 in Rio Grande, Ohio, to the late David H. and Thelma L. (Lackey) Williams, joining a family of Welsh farmers and infamous storytellers.

After graduating from Rio Grande College (University), he went on to complete a BEE from The Ohio State University and worked as a research engineer for Battelle Memorial Institute in Columbus. It was in Columbus where he met his wife, Carol F. Gibson, whom he was with for 59 years. Early on, they moved to Iowa, where he completed an MS and PhD in Electrical Engineering at the University of Iowa. In the early 60's, they moved to Ann Arbor, MI where he completed an MS in Physiology at the University of Michigan (1966), joined the Department of Electrical Engineering & Computer Science and then became a Professor by 1974 at U of M. Bill's career in electrical, computer, and bioengineering took him across the country and eventually across the globe, having taught at universities in Singapore, Australia, France, and England, collaborating with scientists around the world, developing patents, and writing hundreds of publications and textbooks. He was a visiting scientist in Physiology at Johns Hopkins University and truly enjoyed his research on whale and dolphin communication at Woods Hole Oceanographic Institute. Bill had significant interest in time-frequency distributions and applications in nonstationary signal analysis, as well as a true passion for biological problems within the theory and application of signal processing and communication techniques. He retired from U of M just to start a business, Quantum Signal, with his previous student, colleague, and dear friend, Mitch Rohdes. This business joined Ford Motor Company in 2019. It would be impossible to fully capture the depth of his career with these brief words.

He was a son of a farmer who wanted more than farming for Bill's life. Bill definitely succeeded with his wish. Bill and Carol adopted two daughters, Gwen E Williams and Sarah E (Williams) Rock, providing them wonderful lives filled with opportunity, fellowship, adventure, and endless love and support. He was an avid gardener, adored Apple/MacIntosh computers, and was definitely the guy to have on your team in Trivial Pursuit. He spoke a half dozen languages, loved history, and enjoyed traveling. Lifelong friends were made through the University, both with colleagues and students around the world. More friendships were built when Bill and Carol bought a second home in Green Valley, AZ, where Bill was known as "the Mountain Man”. They both loved the sun, fellowship, and adventures out west. They left Ann Arbor and moved to Arcanum, OH, in 2015 following continued decline in health and Bill's battle with dementia. Their daughter, Sarah, and her family lived close by and took over the job as caretaker, which made it possible for them to remain in their home.

Carol died in May 2020, passing away at home in the midst of this pandemic with Bill, her children, and grandchildren by her side. This heartbreak was overwhelming for Bill, challenging him on a daily basis. With the help from Visiting Angels and State of the Heart Care, Bill was able to remain at home until the end of his life. The family is forever grateful for the compassion and care from their staff. Bill leaves behind his sister, Cora Margaret (Peggy) and her husband Roger Baker, as well as his dear great aunt, Margaret Hunter. He has four grandchildren with Sarah and Lewis Rock: Riley, Devin, Shelby, and Brenna. He has two grandchildren with Gwen Williams: Kassandra and Morgan, as well as two great grandchildren, Keegan and Kiera.

Bill leaves behind a wealth of scientific building blocks for the world, a trove of memories for his many friends and colleagues, and countless stories and shared wisdom for his family to treasure forever. With broken but grateful hearts, we say Hwyl fawr ("goodbye" in Welsh).

A celebration of Bill’s life will take place at 12:00 PM, on Saturday, December 12, 2020, at Tribute Funeral Homes, Greenville Campus. For everyone’s safety, the service will be for immediate family only. Bill’s service will be live streamed at www.facebook.com/tributefuneralhomes.

Immediate family may gather at the funeral home for a private visitation from 11:00 AM until the start of the service at 12:00 PM.

Bill will be laid to rest with Carol at 2:00 PM on Sunday, December 13, 2020, in the Vega Cemetery in Jackson County Ohio, alongside many of his dear ancestors.

In lieu of flowers, memorial contributions may be given to Visiting Angels, 15 W. National Rd #1, Englewood, Ohio 45322, or State of the Heart Care, 1350 North Broadway Street, Greenville, Ohio 45331.