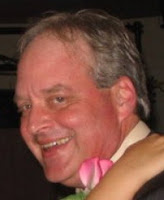 Richard "Rick" L. Miller, 52, of New Madison, passed away on February 24, 2012 at Reid Hospital in Richmond. Rick was born in Greenville on May 17, 1959 to Melvin Miller and the late Martha (Sell) Emrick-Miller.

Rick is a 1977 graduate of Tri Village High School. He loved being in nature, enjoyed photography, music, fishing, sports and was an avid mushroom hunter. Rick worked at Creative Cabinets as a cabinet maker for several years. He served his country honorably in the United States Navy. Rick helped remodel the log cabin at Shawnee Prairie Reserve and visited there often.

In addition to his mother, Rick is preceded in death by a granddaughter, Katelyn Shumaker.

There will be a Celebration of Rick's Life at 5 PM on March 10, 2012 at the Shawnee Prairie Reserve in Greenville. The family will receive friends from 3 - 5 PM. The family request the dress for the celebration be casual as Rick was a casual man. Memorial Contributions may be given to the Shawnee Prairie reserve or the Darke County Cancer Society in honor of Rick's life.