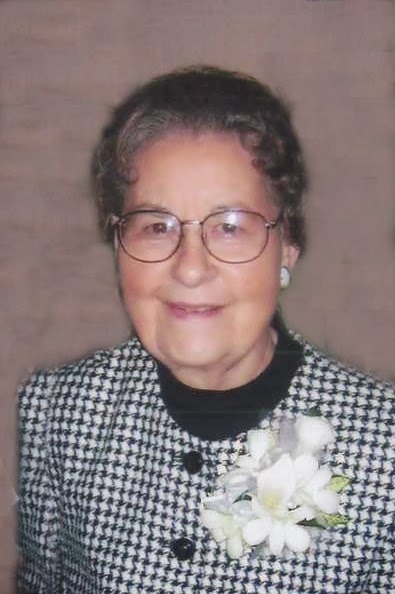 Helena W. Frantz 91 of Versailles, Ohio, passed away on Tuesday December 10, 2013 at 4:30 PM at the Versailles Health Care Center. She was born July 4, 1922 in North Star, Ohio the daughter of the late Leonard & Bessie (Barga) Liette. She was a homemaker. She was a member of St. Denis Catholic Church, and the Daughters of Isabella.

She is preceded in death by her parents and sister Mary Lou Liette.

Mass of Christian Burial will be held on Saturday December 14, 2013 at 10:00 AM at St. Denis Catholic Church 14 East Wood Street Versailles, Ohio with Rev. Fr. Jim Simons Celebrant. Burial will follow in St. Valbert Cemetery. Family will receive friends from 4:00 PM to 8:00 PM on Friday December 13, 2013 and from 8:30 AM to 9:30 AM on Saturday at Bailey Zechar Funeral Home, Versailles, Ohio. Memorial contributions may be made to Versailles Emergency Medical Services or State of the Heart Hospice.