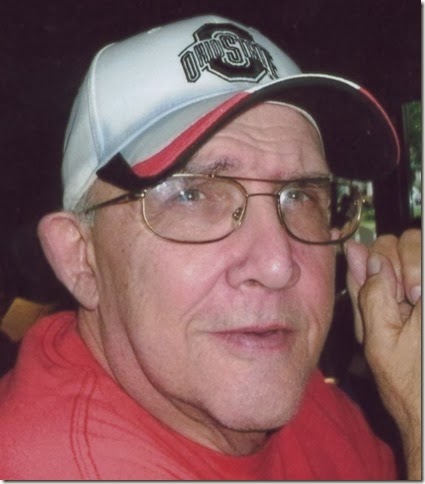 Bill worked as a sub contractor for Dayton Daily Newspaper, worked for the Conrail railroad and the Carpenter Bus Factory in Richmond, Indiana. He was very patriotic man. He loved the Cincinnati Reds, Cleveland Browns and The Ohio State Football team. Bill was very active in sports especially bowling and golf. Bill enjoyed golf outings and playing euchre with his friends. Bills favorite season was Christmas. He played santa and brought joy to all he knew. He was a NASCAR fan and his favorite driver was Tony Stewart.

A celebration of life service will be held on Monday, December 16, 2013 at 2 PM at Braund Pope Funeral Home in New Madison with the Rev. Eric Fee officiating. Family and friends may visit before the service from 12-2PM also at the funeral home. Burial will follow in the Cedar Hill Cemetery, Trotwood, Ohio. Family request donations be given to State of the Heart Hospice in Greenville, donation will be accepted at the funeral home.