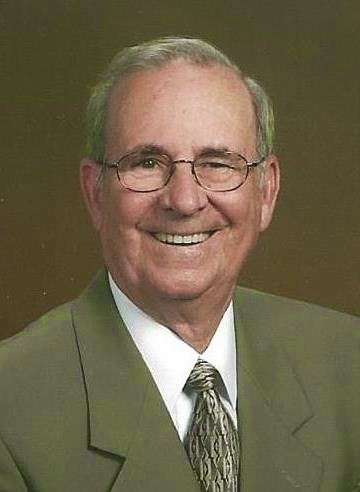 Wayne E. Bertram, 84, of Greenville, Ohio, went peacefully to be with his Lord and Savior on July 4, 2014. He was surrounded by family and friends in the final days of his life. Wayne was preceded in death by his parents Sherman and Lois Bertram. Wayne, a U.S. Army veteran of the Korean Conflict, was born in Toledo, Ohio on February 25, 1930, and raised in Monticello, Kentucky.

Wayne was a member of First Southern Baptist Church in Camden, Ohio and was a strong believer in Christ. He accepted the Lord as Savior in July 1954, after hearing the sermon, “Payday Someday” by R.G. Lee.

Wayne spent his career working for the United States Postal Service, first as a clerk then as president of the Dayton Local of the American Postal Worker’s Union (APWU) until 1977. He then served as a National Business Agent for the APWU until 1995 when he retired.

The family would like to thank the radiology nurses of Good Samaritan Hospital in Dayton, Ohio, State of the Heart Hospice of Darke County, Ohio as well as Dr. John Studebaker of Greenville, Ohio for their outstanding and compassionate care during Wayne’s illness.

There will be a service held on Wednesday, July 9, 2014 at 12:00 PM at First Southern Baptist Church, 35 N. Liberty Street, Camden, Ohio, with Dr. Greg F. Jackson officiating. Burial will be in the Abbottsville Cemetery at approximately 3:00 PM. Family will receive friends on Tuesday, July 8, 2014 from 4-8 PM at Zechar Bailey Funeral Home, Greenville as well as from 10:00 AM until the time of the service on Wednesday at Church. It is the wishes of the family that memorial contributions be given to the Wounded Warrior Program. Wayne’s eternal home will be in Heaven.