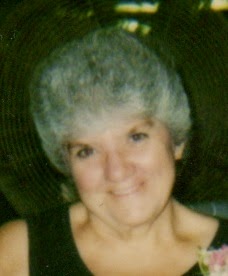 Betty Lou (Carr) Howe-Johnson, 81, of Greenville, went to be with the Lord on Saturday, February 28, 2015, at Rest Haven Nursing Home in Greenville.

She was born on August 3, 1933 in Mount Holly, (Burlington County), New Jersey, the daughter of the late Russell and Marie (Metro) Carr. In addition to her parents she was preceded in death by her first husband, Paul Howe, Jr.; her second husband, Duane Keith Johnson; and her son, Brian Keith Johnson; a step son, Mark Johnson; and a brother, Forman Metro.

Betty was retired in 1993 from Fram in Greenville, where she had worked for 30 years. She was a member of the Woodington Congregational Christian Church.

She is also survived by sisters in law, Lois Livingston and husband Danny, and Tracy Johnson, both of Union City, OH; and a brothers in law, Cletus Moore of Portland, IN; and Clarence Bowling .

Services will be held at 10:30 a.m., Thursday, March 5 at the Oliver-Floyd Funeral Home, Greenville with Pastor Jim Fulton officiating. Burial will follow in the Greenville Cemetery.

The family will receive friends at the funeral home Wednesday, March 4 from 5 to 7 p.m. and on Thursday from 10 a.m. to 10:30a.m. They requests that memorial contributions be given to either the Woodington Congregational Church or State of the Heart Hospice.