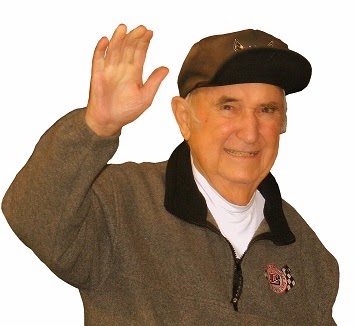 He was born April 27, 1921 in Versailles, Ohio, son of the late Leroy and Ellie (Frantz) Baltes. In addition to his parents he was preceded in death by his brothers, Nicholas, Ralph, and James Baltes; and sisters, Zelma Ernst, Rita Condon and Bertha Siegrist; and a brother-in-law David Moeller.

Earl was a well-known race promoter for over 50 years having started Eldora Speedway in Rossburg as well as promoted, New Bremen Speedway, Limaland Speedway, Millstream at Findlay, Mansfield Speedway in Mansfield, Dayton Speedway all in Ohio, Pleasant Hill Speedway and Salem Speedway both in Indiana, . He had started some of the highest paying short track races including The World 100, The Kings Royal, The Dream and The Four Crown.

Earl's other passion was music. He had his own orchestra, The Earl Baltes Orchestra. He had owned several nightclubs including, Crystal Ballroom (with Leroy and Ellie), Eldora Ballroom, Bar E Club, and Shady Park in Celina, and had played at Wintergarden Nightclub in Piqua, St. Henry Nightclub and St. Anthony. He also played several other weddings and events.

A mass of Christian Burial will be held at 10:30, Saturday, March 28 at the St. Bernard Catholic Church in Burkettsville with Father Tom Hemm celebrating. Burial with full military honors will follow in the St. Bernard Cemetery.

Earl requested that memorial contributions be given to the American Heart Association.