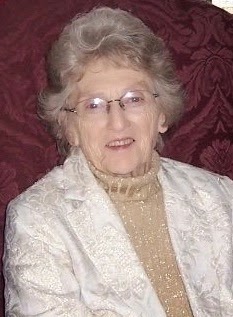 In addition to her parents she is preceded in death by her husband, Albert A. Hoelscher whom she married on May 15, 1943; sisters and brothers in law, Bernadine & Tom Froning, Dorothy & Urb Gaier, Hilda & Clarence Siegel, Margaret & Aloys Hoelscher, Conrad Hoelscher and Carl Voisard; brother and sister in law, Alvin & Martha Poeppelman.

Ruth is a member of St. Denis Catholic Church, Daughters of Isabella, Eagles Auxiliary, American Legion Auxiliary and loved spending time with her grandchildren. She worked at Argosy in Versailles and then 16 years at Weaver Brothers in Versailles. She was also a cook at Hoppy’s in Versailles before retiring from the Versailles Heath Care Center as a cook.

There will be a Mass of Christian Burial held on Friday, March 6, 2015 at 9:00 AM at St. Denis Catholic Church, Versailles, Ohio, with Rev. Fr. Ron Haft celebrant. Burial will follow in the St. Valbert Catholic Cemetery, Versailles, Ohio. Family will receive friends on Thursday, March 5, 2015 from 4-7 PM as well as Friday morning from 8:00-8:30 AM at Bailey Zechar Funeral Home, Versailles, Ohio.

It is the wishes of the family that memorial contributions be given to the Versailles Health Care Center, Versailles, Ohio. Condolences for the family maybe expressed through www.zecharbailey.com