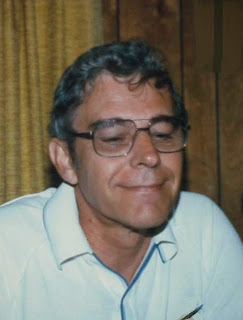 Donald L. Knick, age 81 of Greenville, Ohio passed away at 11:10 P.M. Thursday April 30, 2015 at the State of the Heart Hospice Care Center Greenville, Ohio. Donald was born August 12, 1933 in Greenville, Ohio and the son of the late Stanley and Esther (Beisner) Knick.

Donald served in the U.S. Navy during the Korean War and was retired following 20 years of employment at N.C.R. of Dayton and 26 years at Delphi Chassis of Moraine. He was a longtime member of the Greenville Masonic Lodge.

In addition to his parents, he was preceded in death by his wife Ina P. (Young) Knick January 26, 2009. They were married May 4, 1975. Also brothers Bill Knick, James Gerald “Jack” Knick and John Robert Knick; Sister Helen Shiverdecker.

Private Services will be held at the convenience of the family in the Zechar Bailey Funeral Home will burial following in the Greenville Township Memorial Gardens.

It is the wishes of the family that Memorial Contributions be given to the Darke County Humane Society.