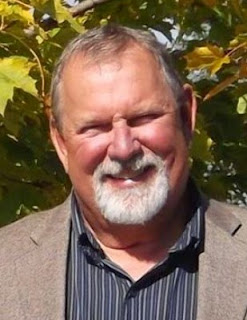 Rick Henderson, 64, of West Milton, formerly of Ansonia, passed away late Monday evening, May 11, 2015 at his residence.

He was born February 10, 1951 in Greenville, son of the late George H. and Virginia A. (Klosterman) Henderson.

Rick was a retired carpenter, with Carpenter Local 136. He was a veteran of the US Army having served in Vietnam. He graduated from Ansonia High School Class of 1969, member of American Legion 353, VFW, and the Harley Owners Group. Rick was an avid golfer, Ohio State fan and enjoyed watching his grandchildren play sports.

Services with full military honors by the Greenville Veterans Honor Guard will be held at 10:30 a.m., Saturday, May 15, at the Oliver-Floyd Funeral Home in Greenville. Burial will follow in the Ansonia Cemetery.

The family will receive friends at the funeral home on Friday from 5-8 p.m. The family requests that memorial contributions be given to Miami County Hospice.