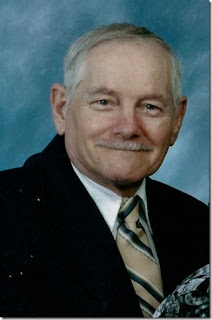 Charles D. "Jimmy" Meyers, 82, of Greenville, passed away peacefully on September 7, 2015 at Covington Care Center in Covington, Ohio. Jimmy was born on March 8, 1933 in Ft. Wayne, Indiana to the late Homer and Dee Lee (Arnett) Meyers.

Jimmy retired after 37 1/2 years from FRAM in Greenville. He honorably served his country in the United States Navy.
Jimmy enjoyed watching midget car races at Eldora Speedway. His favorite NASCAR driver was Jeff Gordon. Jimmy loved to play guitar, and ride motorcycles. He was a member of Palestine Church of Christ. Mostly, he enjoyed spending time with family and friends.

In addition to his parents, Jimmy is preceded in death by several brothers and sisters.

A Celebration of Life service will be held at Braund Pope Funeral Home in New Madison on Saturday, September 12, 2015 at 10:30 AM with Rev. Mike Simmons officiating. Family and friends may visit on Friday, September 11, 2015 from 5 PM to 8 PM also at the funeral home. Burial will follow in Greenmound Cemetery with full military honors given by the Greenville Honor Guard. The family request memorial contributions be given to Palestine Church of Christ or to the Wounded Warrior Project.

Arrangements are entrusted to Braund Pope Funeral Home in New Madison. Online condolences may be sent to the family at www.braundpope.com
Newer Post Older Post Home