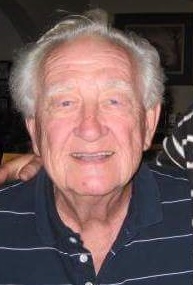 James "Jim" Waymire, 80 , of New Madison, passed away unexpectedly at his residence on, September 19, 2015. Jim was born on August 26, 1935 in Pendleton, Indiana to the late James and Eleanor (Corrie) Waymire.

In addition to his parents, Jim is preceded in death by his son, Jimmy and a daughter, Brenda.

A celebration of life service will be held at 10:30 A.M. on Wednesday, September 23, 2015 at Castine Church of the Brethren with Rev. Greg Hyre officiating. Friends and Family may visit from 5 P.M. to 8 P.M. on Tuesday, September 22, 2015 also at the church. Graveside services will follow in the Greenmound Cemetery. Family request memorial contributions be given to Castine Church of the Brethren or the Darke County Shriners.